In some respects, 1953 was a completely different world than the one in which we live today. To give some perspective, Harold Butler opened the first Denny’s in Lakewood, California in 1953 (although, like Woodmont, it was founded under a different name: Danny’s Donuts). 1953 was also the year of Queen Elizabeth’s coronation. Today, she’s 91 years old! The average cost of a new house was under $10,000.00, and a new car cost less than $2,000.00. Gas was just 20 cents a gallon, and a pound of round steak cost 90 cents. The hottest new technology consisted of color televisions and transistor radios.

Yes, a lot has changed since then. In our Dallas and Cedar Hill factories, you’ll now find state-of-the-art equipment from precision saws to computerized box cutters. And, today, many of our semi-custom cabinetry orders exceed the average price of a house in 1953. But some things haven’t changed. Woodmont Cabinetry remains fiercely committed to using American-made materials and keeping jobs in the USA. In turn, this allows us to strengthen and support our local community. Holding fast to our core values while embracing new technologies has been key to our longevity.

Woodmont is proud to unveil an anniversary logo to commemorate the past 65 years. Count the leaves in the laurels and our logo, and you’ll find a total of 65: one leaf for each year since the company’s inception. In the coming months, we’ll be reminiscing about some of our greatest achievements over the past several decades as we look forward to many more years to come. 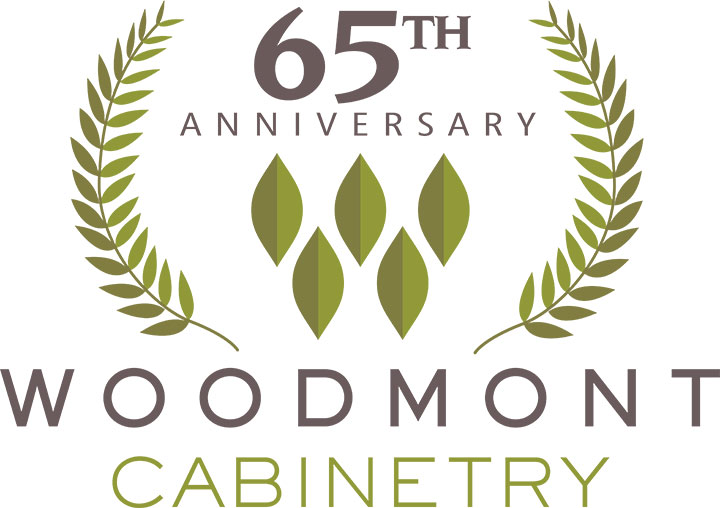